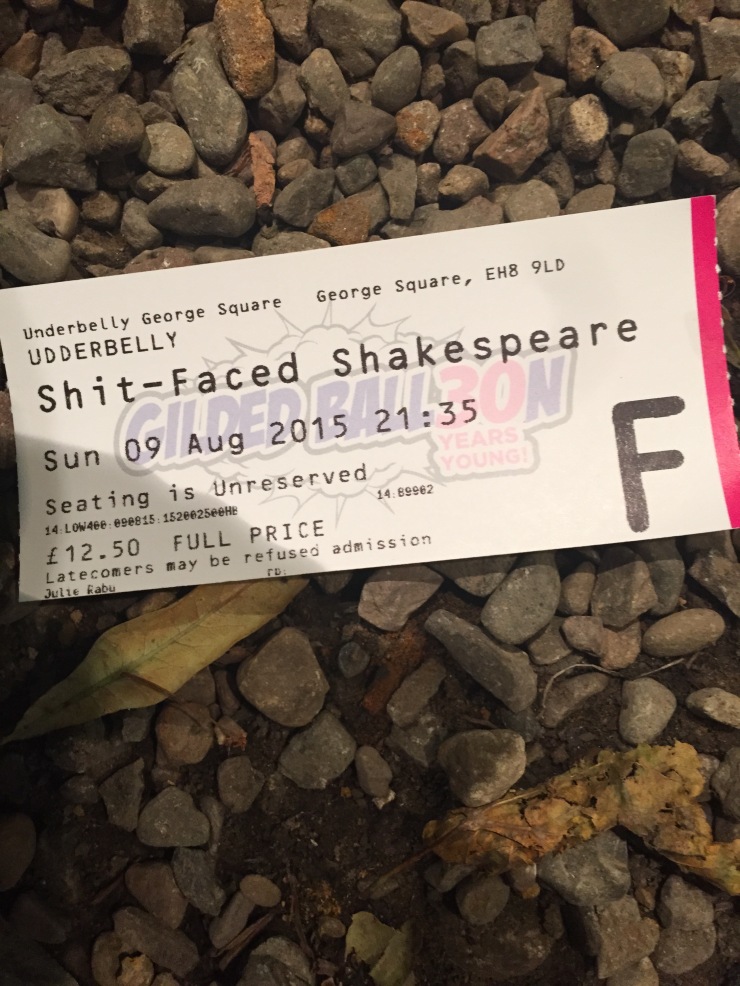 Firstly, I had to go to at least one show in the Udderbelly which had moved from its usual spot in Bisto Square to George Square. The Uddrbelly is basically an upside-down purple cow! That’s amusing in itself.

Shit-Faced Shakespeare is Shakespeare performed with a pissed up cast member. It’s fairly amusing and OK for an hour.

The production that I saw was The Merchant of Venice with some changes such as Antonio romantically getting Jessica at the end. I suppose the problem I have with this is that I find Shakespeare funny anyway, and yes there’s some skill in timing, but basically the production was fairly straight forward. Much of the comedy came from the ‘shit-faced’ actor sat in the aisles commenting on the action.