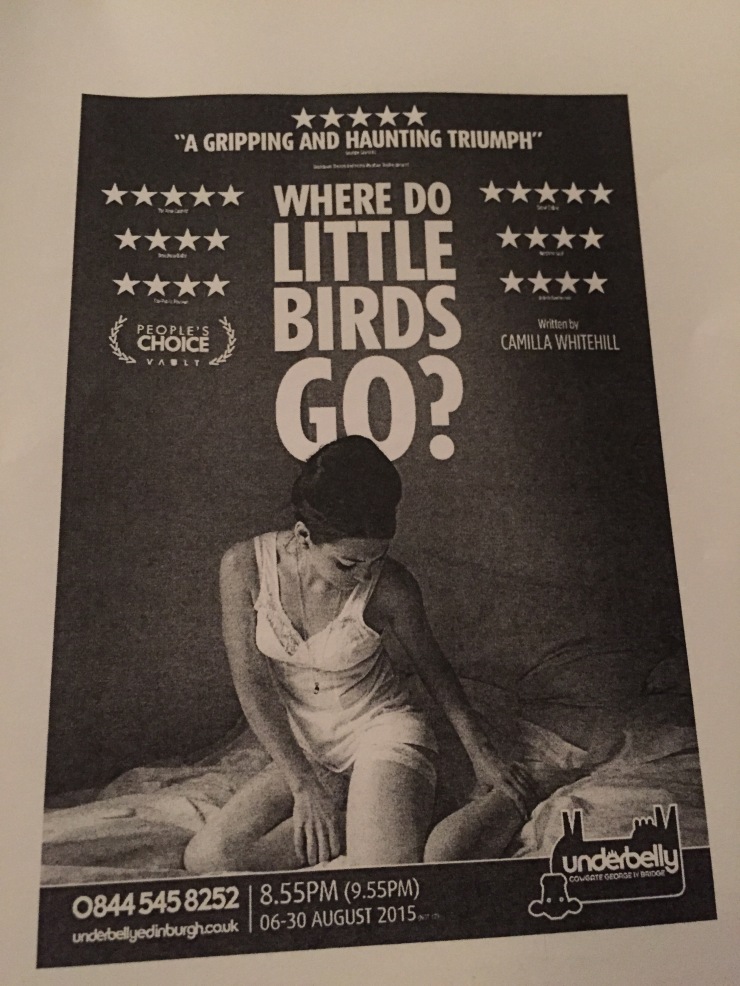 Jessica Butcher plays Lucy who worked as a hostess in the Winston Club in the sixties. The narrative is of Lucy’s move from club hostess to sex worker and builds to a kidnap which results in Lucy being imprisoned in the Kray twins’ garage with a murderer on the run.

The performance was a mix of monologue and song, and Butcher was able to engage the audience throughout the hour.  The story is both menacing and touching at the same time.  It has elements of love in it, particularly Lucy’s relationship with her ‘Uncle’.  The scenes in the garage are horrific and the abuse is particularly disturbing.  However, I was left at the end of the production feeling that Lucy’s life would turn out well in the end.

The production portrays a real sense of the sixties and I got a feel for the geography of London.  The performance is really able to capture the sense of place and mood of the era.

Overall, I thought that this was fantastic production and well worth seeing.